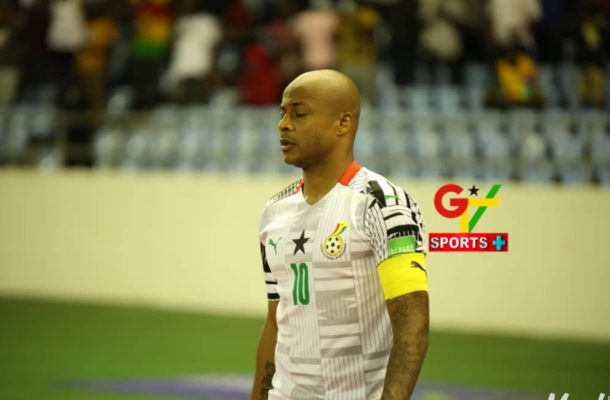 Black Stars captain Andre Ayew says the penalty awarded Ghana against South Africa in the last game of the 2022 World Cup qualifiers on Sunday was clear as daylight.

According to Ghana captain Andre Ayew, the penalty awarded for the foul on Daniel Amartey was very legitimate and Ghana should have had two more spot kicks.

“It was a clear penalty on [Amartey]. In fact, we had chances to get more penalties and should have been given two more,” Ayew said when asked about the penalty incident during the post-match conference.

The Al-Sadd forward also added that Ghana needed to more after creating a lot of chances against Bafana Bafana at the Cape Coast Stadium.

“I think we had more clear chances. Yes, it was a tough game but we won this game fair and square. We could have scored more,” he concluded.

Ghana will know their opponents for the 2022 World Cup play offs which will start in March after a draw is held in Deecmber.