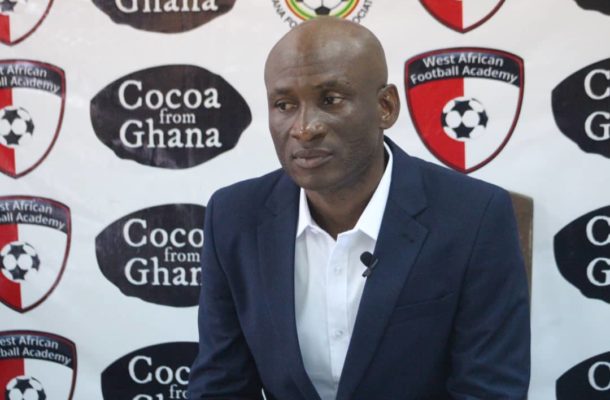 WAFA shockingly defeat Berekum Chelsea at their own backyard on Friday by 3-2 in an entertaining game at the Golden City Park in Berekum.

Coach of the Academy side has lauded his charges for sticking to his tactical plan and being disciplined through out the game.

It was a five goal thriller in an entertaining game which saw Berekum Chelsea lose for the first time at home this season.

The home side started the game on a very good note as 25 seconds into the game Berekum Chelsea took the lead through Bright Amponsah for the fastest ever goal scored this season.

Collins Ameyaw set up the goal for Amponsah whose first shot was blocked before he tapped home the rebound to give his side a 1-0 lead.

The away side began to assert their authority in the game and got the equalizer through Justus Torsutsey in the 21st minute of the game.

Two minutes after getting the equalizer, WAFA took the lead after Enock Asubonteng netted from close range to give his side a 2-1 lead for the first time in the game.

Berekum Chelsea were awarded a penalty in the 40th minute after  Bright Amponsah was upended by Suraj, the first penalty kick was saved but the WAFA goalie was off  his line so the referee ordered for a retake which was converted by Stephen Amankona in the 43rd minute to make it 2-2.

The match ended in a 2-2 stalemate heading into the break as there was nothing to separate both sides.

Two minutes after the restart WAFA took the lead once again through Abdul Issah Basit to make it 3-2 his second in a row after scoring last week.

“They [WAFA players] stayed disciplined throughout the game," he said after the game.

“We came with a tactical plan of holding on to the ball and catching them on the break.

“If you look at what happened in the dying embers of the game, and they were able to hold them for eight added minutes, it tells you how disciplined the boys were on the field of play.

“So I need to congratulate them, it was a hard-fought win.

“As a coach, you do something on the training field and your players execute it in a match, it makes you excited.” Prosper Narteh Ogum added.

WAFA will host Great Olympics in the matchday 23 games at the Sogakope Sports Complex.