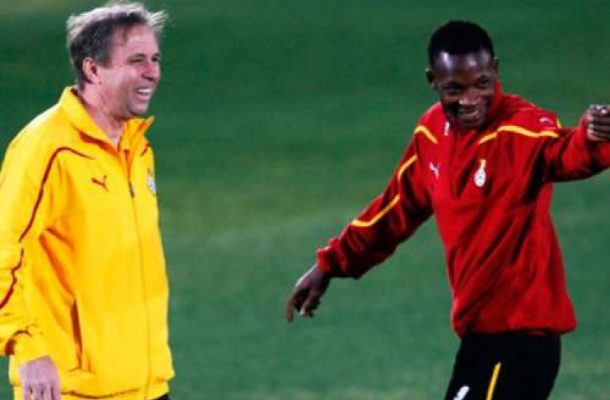 Serbian and former Ghana coach Milovan Rajevac has been widely tipped to replace sacked C.K Akonnor as the new coach of the Black Stars.

Even before he starts his second stint with Ghana, the unemployed Serbian trainer has been tipped for failure unlike his first stint where he helped Ghana reach the finals of the 2010 AFCON in Angola before losing to Egypt and also reaching the quarter finals of the 2010 World Cup in South Africa.

Former Black Stars defender John Paintsil says that his former coach will fail during his second stint as he barely knows this team unlike their time where most of them were ready made stars playing in clubs across Europe.

Speaking in an interview with Accra based Angel FM, the former Fulham, West Ham defender says that it will be a miracle if the Serbian qualifies Ghana for the 2022 World Cup.

"If it is true Milo is taking over the job then I will say the timing is wrong because how well does he know this current team."

"Our time was different because all the players were already made and it will take only a miracle to help him qualify this team."


Since being sacked by Thailand in 2019, the Serbian trainer has been unemployed and has achieved nothing since leaving Ghana in 2010 but the GFA tinged by his nostalgic stint think he is the best man for the Ghana job after axing the inept C.K Akonnor.

John Paintsil played regularly under the Serbian during his first spell in Ghana between 2008-2010 but thinks his appointment will fail.