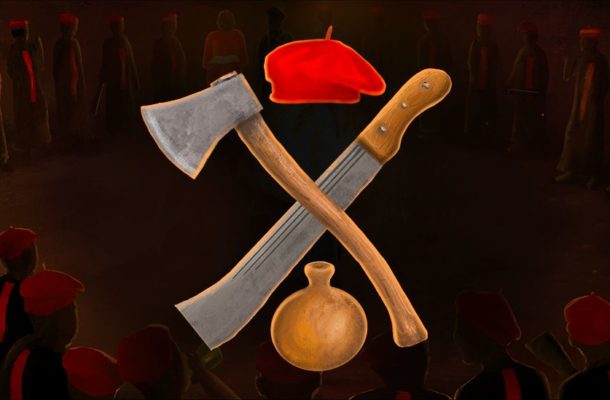 Italian police have carried out raids across the country, arresting some 30 people suspected of operating for the Nigerian Black Axe mafia syndicate.

Police say they face about 100 charges including drug and people trafficking, prostitution and internet fraud.

The gang allegedly used the Bitcoin cryptocurrency to carry out clandestine financial transactions on the dark web.

Black Axe emerged from Nigeria in the 1970s, where they carried out rape, mutilation, and ritual murders.

They went on to build a powerful international network.

“There is evidence that the members had a direct connection with the Nigerian gang, drawing on the same vocabulary, symbols and affiliation rituals,” Italian police said.

Those arrested are accused of using Bitcoins on the dark web to buy the details of cloned credit cards, which were used for online shopping sprees.

The arrests took place in 14 provinces across the country and included the Black Axe’s alleged leader in Italy – a 35-year-old man who lived in L’Aquila, in the central Abruzzo region, Reuters news agency reported.

“This proves the ability of the judiciary and police forces to fight against old and new mafia groups which are trying to extend their criminal reach and expand their business,” Interior Minister Luciana Lamorgese said in a statement.

Who are the Black Axe?

They are one of the most notorious secret societies to have emerged from Nigeria.

The Black Axe surfaced in the 1970s and were originally known as the Neo Black Movement. Its founders said the group’s aim was to “liberate” the black race.

But at universities, the group no longer seems to be driven by any political ideology. Instead, Black Axe members are accused of numerous killings and sexual attacks.

Other Nigerian secret societies, also referred to as confraternities and campus cults, have names like Vikings, Eiye (a word in the local Yoruba language for bird), and the Buccaneers.

They have a chain of command similar to militia groups, use code words and have insignia bearing the favourite weapon of the cult, along with its colour.

Members are promised protection from rival gangs, but it is mostly about power and popularity.

These secret societies are banned in Nigeria, and hundreds of members have been arrested and prosecuted over the years. Nevertheless, they continue to operate in the country, especially on university campuses, where they still attract new members.