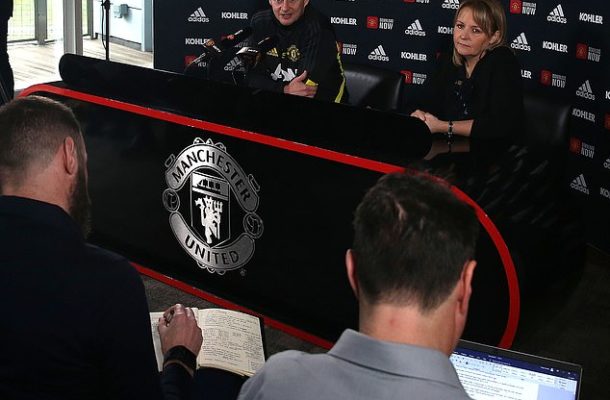 Ole Gunnar Solskjaer has revealed that Manchester United have offered Chris Smalling their support after he was the subject of Corriere dello Sport's 'Black Friday' headline.

Smalling, on loan at Roma, featured on the front page of the Italian paper alongside his former United team-mate Romelu Lukaku, now at Inter Milan, with the headline 'Black Friday'. Both players have criticised the headline.

The Italian daily has since claimed that it is a victim of 'lynching' but Solskjaer delivered a damning verdict of their attempt to preview Friday's match between Lukaku's Inter and Smalling's Roma.

First of all, when you see that paper you say: 'Wow. Really? Is that possible?', ' Solskjaer said. 'It's the worst front page I've ever seen. It has to be.

'Of course we have been in touch with Chris, just so he knows that we'll back him and we support him. And with Romelu as well.

'I don't work in your line of business but, wow, that's incredible - and at least we don't see that here.

'We can see lots of different things but we don't see that, so that has to be stamped down (on).'

Smalling released a statement on Thursday.

'While I would have liked to spend the day focusing on the big game tomorrow, it is important that I acknowledge that what occurred this morning was wrong and highly insensitive,' said Smalling on Twitter.

'I hope the editors involved in running this headline take responsibility and understand the power they possess through words, and the impact those words can have.

'A big shout out to AS Roma for the support!'

Lukaku also released a statement saying: 'Instead of focusing on a battle between two teams, Corriere dello Sport comes with the most dumbest of headlines I have ever seen in my career. 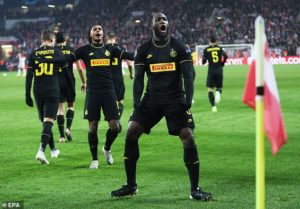 'You guys keep fuelling the negativity and the racism issue instead of talking about the beautiful game that's going to be played at San Siro between two great clubs.

'Education is key. You guys of Corriere dello Sport should do a better job at that.

'Thanks to all the fans and other journalists for the support and let's all look forward to tomorrow's game.'