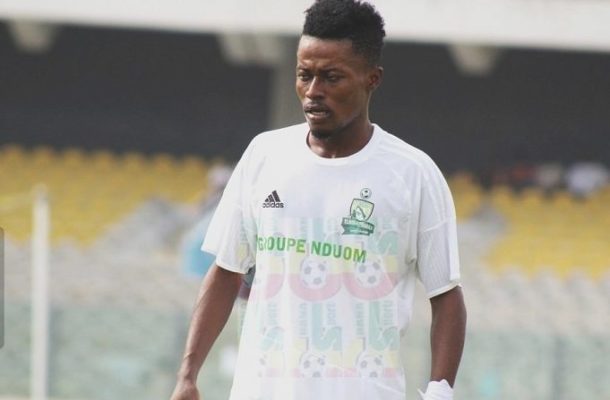 Elmina Sharks striker Benjamin Tweneboah says he had to leave the club since his contract has expired and the club owner is unable to pay him.

It appears the current financial situation at Ghana Premier League side Elmina Sharks is very dire, grim and gloomy as in an uncharacteristic manner coach  of the club Yaw Acheampong has laid bare the situation.

He says leading marksman of the team Benjamin Tweneboah has packed his bags ad baggage and left the team for his home in Kumasi as he is owed several months salary.

Elmina Sharks owned by Politician and business mogul Dr. Paa Kwesi Nduom seem to be suffering a lot financially with the owner currently in the USA receiving medical attention.

According to Benjamin Tweneboah in an interview with Ezra FM, his contract has expired but the club has failed to renegotiate with him and the owner is unable to pay him as he is owed several months in salary arrears.

"My contract at Elmina Sharks has come to an end but there has not been any approach by any member of the team [Sharks] so I needed to pack and come to Kumasi ."

He however revealed that he is ready to make a return If the clubs renegotiate new terms with him and settle his salary arrears.

I had offers outside the country but due to the covid 19 I couldn't travel .

I had to leave since our owner is not able to pay us," he sadly added.