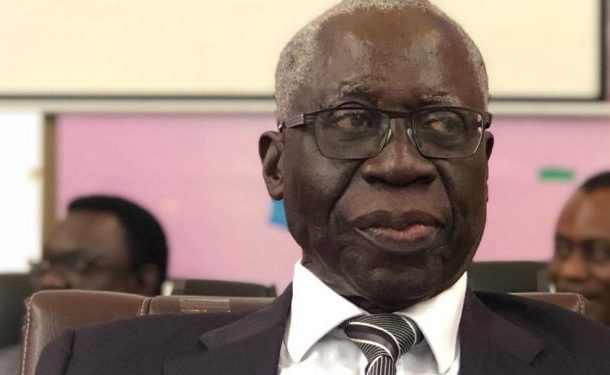 Reports on social media had suggested that Osafo-Maafo had declared his support for Mr. Kyerematen as against, Vice President, Dr. Mahamudu Bawumua.

However, a statement from his office said such reports are false.

“With reference to the said circulation, we emphasise that Hon. Yaw Osafo-Maafo has never uttered such irresponsible, misguided, tribalistic and ethnocentric statements either in public or private, directly or indirectly and has no cause to do so.”

The NPP in December 2023 will elect a new flagbearer ahead of the 2024 election.

The Office of the Vice President has already declared publicly that Dr. Mahamadu Bawumia will contest as flagbearer of the NPP.

Some other names that have emerged as persons interested in contesting in the race are Minister of Trade and Industries, Alan Kwadwo Kyerematen as well as the Minister of Food and Agriculture, Dr Owusu Afriyie Akoto.

Dr. Bawumia, has said the governing New Patriotic Party will break the eight years election cycle in Ghana with a victory in the 2024 polls.

He has said that his aim is to sustain the socio-economic gains that the Akufo-Addo administration has achieved.