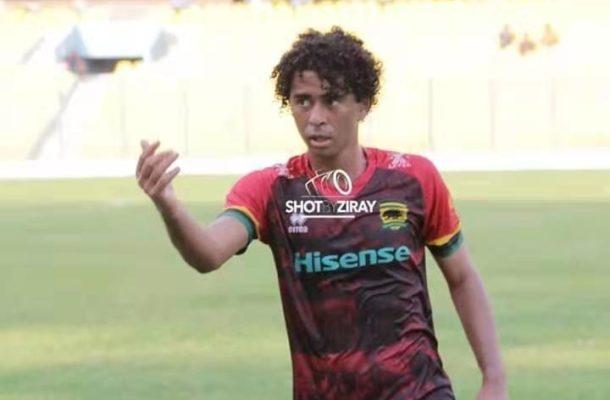 Fabio Gama announced his presence to the Ghana Premier League on Monday with a commanding display in Kotoko's 2-0 victory over Liberty Professionals.

The Brazilian was the star of the show despite Kwame Poku scoring both goals for Kotoko.

He provided an assist for one of Kwame Poku's two goals and was always a willing outlet for passes with his unreal vision his biggest asset.

Gama says the Ghanaian weather is not too different to what is present in his native Brazil but admits he has to adapt to the poor pitches in the league if he is to succeed.

“I played in Brazil and the weather is similar to Ghana. The pitches here might give me problems but for me, it’s normal. If I have to have a good career here, then I have to adapt,” said Fabio Gama after his electrifying performance against Liberty Professionals.

After his impressive display on his Kotoko debut, Fabio Gama will be expected to carry on in Kotoko's next game against WAFA at Sogakope.