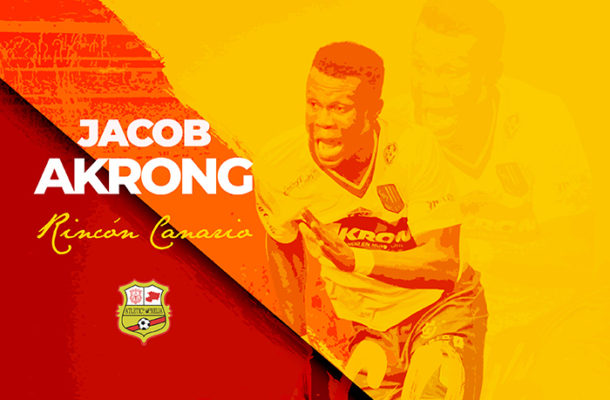 Akrong, was born in 1992 in Accra, Ghana and acquired a taste for football from his childhood in his native country, which he shared with his friends David Atia and Ishmael Kelvin Mensah, especially with the latter who also achieved the dream of becoming a professional footballer.

Before leaving for Italy with Udinese, with whom he signed for five years, the center back always saw Brazil and PSG defensive rock Thiago Silver as his role model with his no nonsense defence and his unique leadership skills.

At 17, the Liberty Professionals player began his search for greener pastures in Europe after playing for his home club for just six months , he moved to Italian football with Udinese.

The well traveled center back later he tried his luck in Spain with Granada, Cádiz, San Roque, Almería and Badalona.

The Ghanaian center back arrived on the shores of Mexico in 2017 joining Zacatepec in the Apertura after he experienced a forgettable spell in his  career with Spanish club Almería , a team that did not pay him in time.

His first goal with the cane team came against Cruz Azul on August 1, 2018 in the Copa MX.

Quality, aggression, experience, strength and talent are the qualities of Jacob Akrong, who will protect Atlético Morelia's defence ahead of the Expansion League.

With strength in his legs, quality and dedication to his teams, Akrong will shield the Purépecha wall.