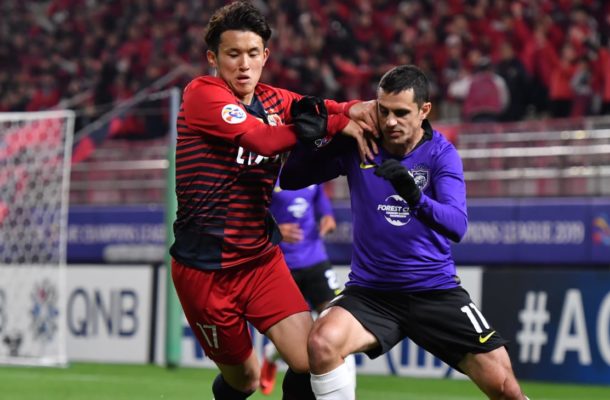 Ibaraki: Kashima Antlers made a winning start to their defence of the AFC Champions League title as they beat Johor Darul Ta’zim 2-1 in their Group E clash on Tuesday.


But the Japanese side were given a stern test by the Malaysian champions, who were making their debut in the group stage of the tournament.

JDT hold their own

Four years after winning the AFC Cup, JDT were making their first appearance in the continent’s premier tournament and they were determined to prove themselves worthy of the stage.

A trip to face the reigning champions on their own patch was as tough a start as it could get but the Malaysian side acquitted themselves well. After surviving a challenging opening period, including a missed penalty from the hosts, JDT battled their way into the game.

As expected, Kashima had more possession of the ball but at 54 percent to 46 percent, the difference wasn’t particularly significant. In attack, JDT managed to get 11 efforts on goal to Kashima’s 15, again demonstrating that they were not overawed by the occasion.

On the balance of play, Kashima deserved the victory, but they may have been surprised by how hard they were made to work for it.

After going 2-0 up and missing several chances to kill the game off, they allowed JDT back into the game and were hanging on a little in added time. The visitors deserve great credit for pushing the champions all the way.

JDT went into the game knowing that they were facing an opponent with more experience at this level and with superior players. Head coach Benjamin Mora clearly decided that keeping a narrow, compact shape would be key to containing Kashima.

The graphic below shows the average positions of the players throughout the match, with the JDT players in dark circles.

Only three of the visiting players spent more time in their opponents’ half than their own, in contrast to six of the Kashima side. In addition, just two JDT players spent a lot of time in the wide areas, with twice that many Antlers men staying out on the wings.

Given the way the game played out, these might not have been winning tactics from Mora but they provide a strong foundation for JDT to build on in games to come.

While JDT adopted a compact shape, Kashima’s more expansive game regularly found its way out to the left-hand side of the pitch. More than half of the home side’s attacks came from the left wing, with Kazuma Yamaguchi and Koki Anzai frequently breaking forward on that side.

Yamaguchi’s shot from the left led to Kashima’s first-half penalty, which Serginho missed, and Taiki Hirato’s cross from out on the left landed in the JDT goal.

Farizal Marlias’ fine double save at the start of the second half came at the end of yet another attack that started on the left.

Kashima’s future opponents will no doubt have noted the preference to use one flank to build their attacking moves. For JDT, it is too late and they certainly struggled to stem the flow at times.