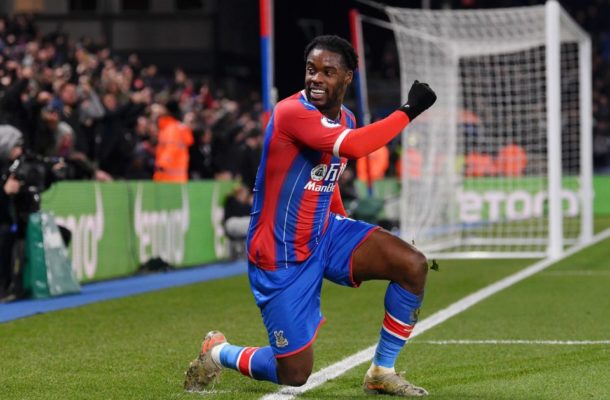 Michael Essien had the record as the Ghanaian player with the most appearances in the English Premier League but that has changed as over the weekend Jeffrey Schlupp surpassed him to the crown.

The Ghanaian is seen by many Chelsea fans as a legend where he spent about nine seasons at the West London club winning many titles.

Essien who joined Chelsea from French side Olympic Lyon in 2005 made 168 appearances for Chelsea between 2005-2014 winning two English Premier League titles and other domestic ones.

Jeffrey Schlupp who made his 169th appearance in the English Premier League last Saturday in Crystal Palace's 2-0 win over Sheffield United.

He made this appearances for two clubs in the Premier League playing for Liecester City helping them to win the league title before joining the eagles.

The former Liecester City man has the enviable record as the Ghanaian player with the most appearances.Jeff