Jeremie Frimpong named in Bundesliga team of the week 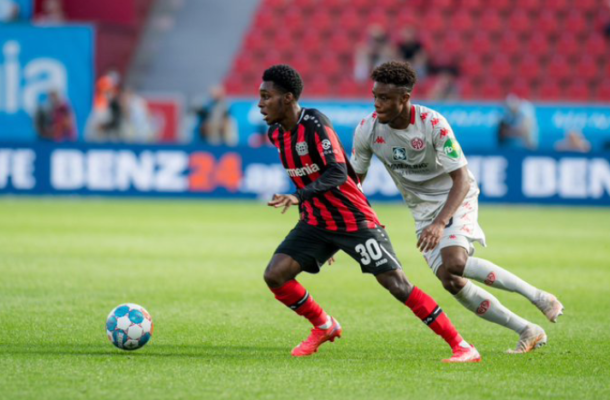 Dutch-born defender with Ghanaian parents Jeremie Frimpong was in superb form for his German Bundesliga side Bayer Leverkusen over the weekend.

His good form has seen him named in the German Bundesliga Team of the Week after he helped his side defeat Mainz 05 by 1-0 over the weekend.

The Dutch international was integral as his side kept a clean sheet in their triumph against Mainz 05 in the Bundesliga.

He was the supplier of the only goal that proved the winner as Florian Wirtz scored the only goal of the game for Bayer Leverkusen to win the game.

The win sends Bayer O4 to second on the league table after six matches with 13 points, three points behind leaders Bayern Munich.

The 22-year-old lasted the entire duration of the game

Frimpong has provided two assists in six matches for Bayer Leverkusen so far this season. 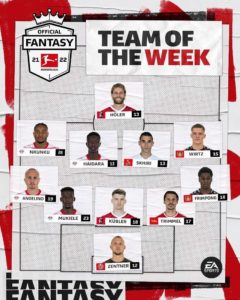