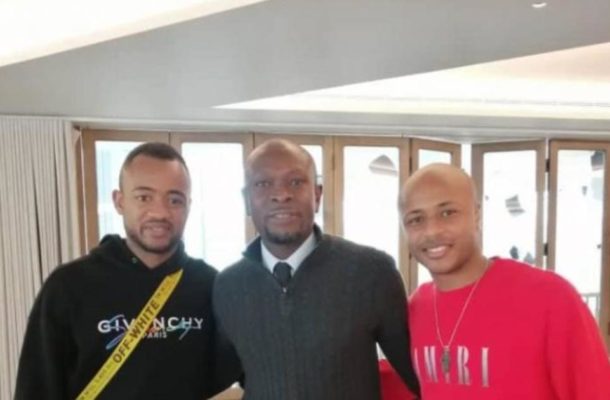 If dispute over Black Stars captaincy was what the team needed to win a title, they would have won an AFCON trophy long ago. Apart from the squabble on winning bonus, one issue which has often divided the team’s front has been that of captaincy.

During the Covid-19 lockdown, when several media houses got us hooked to television sets, watching interviews with ex-Black Stars players like Abedi Ayew, Tony Yeboah and Tony Baffoe, the story of the team’s captaincy row at Senegal 92’ was colourfully retold.

The accounts differed from each of the three players but what was clear was that there was a rift, either real or imagined; which, like a malignant worm, crept into the team and destroyed their unity. Again, whether perceived or true, Asamoah Gyan supposedly never enjoyed his captaincy because of the alleged meddling eyes and perpetual interest of Andre Ayew.

So, when Gyan was stripped of the captaincy by Kwasi Appiah and the honour given to Andre ahead of AFCON 2019, there was uneasiness in the team.

Public rejection of Kwasi Appiah’s decision would not change anything. Gyan had to settle for the less honourable and even useless ‘General Captain’ crown. Some commentators have argued that the mishandling of Black Stars’ captaincy issue partly accounts for the team’s non-performance.

This also explains why the recent news that Andre Ayew has been retained by C. K. Akonnor as Black Stars captain with Thomas Partey and Richard Ofori as deputies pleased many football fans here.

The revelry accompanying that news amazed me because it was no extraordinary news. The counter-argument has however been that, given the grumbling which comes, either from the team or the media anytime a captain is named, it is necessary to take the decision especially now that they have no immediate assignment, so that, by the time they play, negative media commentaries on the choice of captain may have subsided.

The foregoing makes sense but we have had enough of the captaincy issue. Off-the-field developments have disturbed the Black Stars for too long. The captaincy issue is one. We can disagree with the coach’s choice but we must respect his decision.