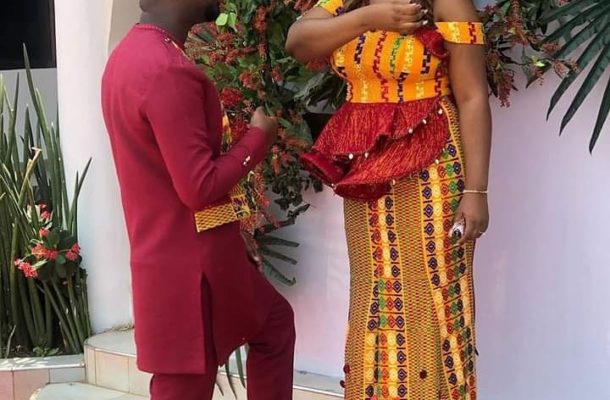 Top Ghanaian gospel musician, Joe Mettle has finally broken his silence after divorce reports about his marriage. There have been claims that Joe Mettle’s marriage has hit the rocks after his wife left for her father’s house.

Although the report came from an anonymous source, it added that it was from a close source of the couple.

Reacting to the allegation, Joe Mettle has dropped a photo flaunting his wedding ring. He captioned, ‘But in that coming day no weapon turned against you will succeed. You will silence every voice raised up to accuse you. These benefits are enjoyed by the servants of the LORD; their vindication will come from me. I, the LORD, have spoken!‘