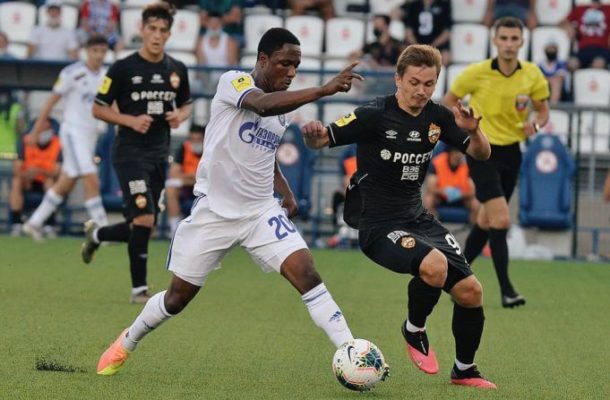 Red hot Ghanaian striker Joel Fameyeh was on target for his lower tier side FC Orenburg in their 2-0 triumph over FC Yenisey Krasnoyarsk on Saturday in the Russian National League.

The home side started the game on the front foot and their early dominance was rewarded when the Ghanaian strike found the net on the 20th minute to make it 1-0.

Orenburg made sure of the results with a second goal which was scored by Yuri Kovalev in the 41st minute just on the stroke of half time.

They held on as they went into the break with a deserving 2-0 victory over the away side.

FC Yenisey asserted themselves into the game after the restart but could not make use of the chances that came their way.

The former Asokwa Deportivo striker has now scored seven goals and made three assists in the Russian First National League this season.

Orenburg are now top of the league table after 13 matches with 28 points.