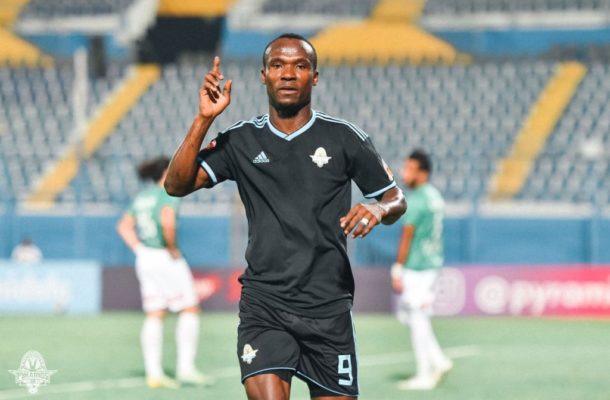 The striker who has played the bulk of his football in Egypt has signed a one year contract with his new side which will keep him there till the end of the 2021/2022 season.

He joins his new side on a free transfer after mutually terminating his contract with Pyramids FC where he was surplus to requirements.

The often reliable goalscorer last season had a dry spell as he went 16 matches the whole season without scoring a goal in the Egyptian Premier League.

Antwi who is the highest scoring foreign player in the Egyptian league with 77 goals has in the past played for Ismaily, Al Ahly, Misr El-Makasa, and Pyramids.