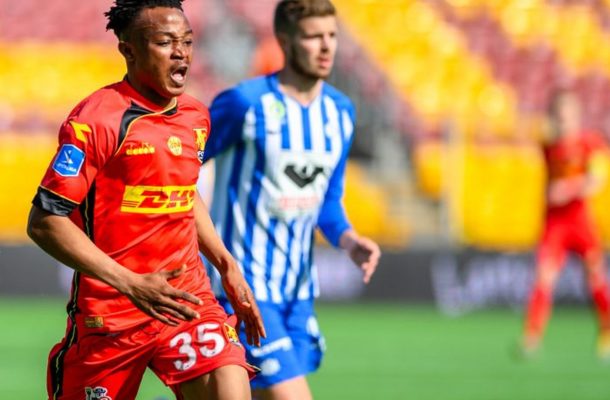 Not many 20 year olds in the prime of their careers would want to play in the Major Soccer League(MLS) in America when the mecca of football is Europe.

But Isaac Atanga who was shinning at Danish side FC Nordsjaelland has decided to swap Europe for America and he thinks it is a big step in his career.

The Ghanaian midfielder had been in good form for FC Nordsjaelland and was attracting a lot of interest from a lot of clubs from Europe but decided to test himself in the MLS.

With MLS sometimes seen as something of 'retirement league', where some stars especially go to spend the twilight of their careers, Atanga is adamant that his move to North America will not be forever.

"Not all people think the same, some think it's a step down but I think it's another big step up towards my dream and I'm excited about that," he told the BBC.

Indeed in recent times young talent has been on the move to Europe from MLS with the likes of Alphonso Davies moving from Vancouver Whitecaps to Bayern Munich, AS Roma signing of US international Bryan Reynolds and Tyler Adams' transfer from New York Red Bulls to Bundesliga side RB Leipzig.

"My expectation with FC Cincinnati is to achieve greatness. I'm going to give everything in my power to help them," he continued.

"The American lifestyle didn't play a part in my decision to move to MLS, it's a very interesting league and I want to also be part."