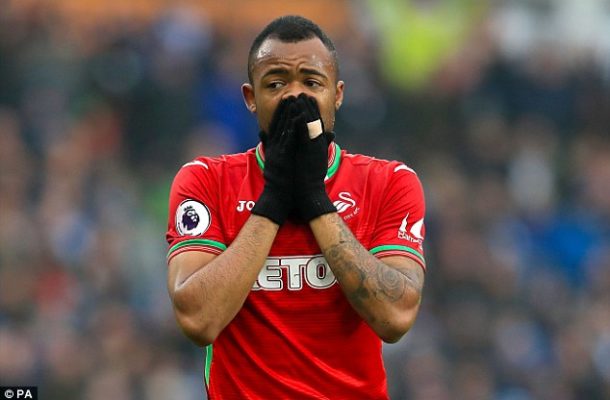 The Spokeperson of the Ayew family Fiifi Tackie say there are no truths to the rumours linking Swansea City star  Jordan Ayew to a summer move to Celtic.

"Of course there are clubs knocking on his doors [ahead of next season] but I cannot confirm, conclude or say anything about it as at now.

Tackie however remained coy on Fulham’s reported interest in the 26 year old striker but is hopefully the Ghanaian forward will not be playing in the Championship next season.

"On Fulham, according to Sky Sports, they've made an £8 million offer to Swansea City but I haven't been told of any rejection. I heard about their offer in the news and read it also on social media but I can't confirm or deny [that Jordan is aware of the impending deal].

"If you were Jordan, between Premier League and Championship, which one would you choose?" he quizzed.

Ayew emerged the Swansea’s top scorer in a difficult campaign last season with 11 goals- 7 of which came in the English Premiership.