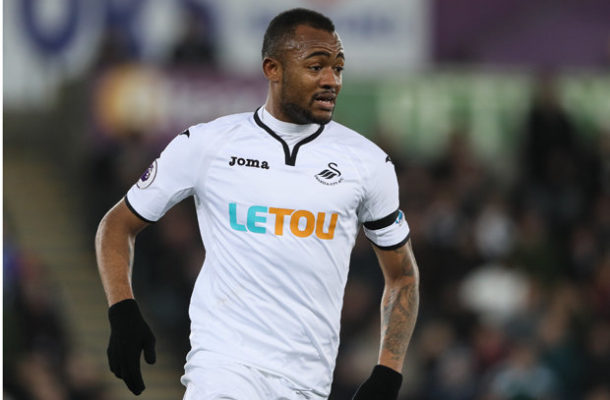 Jordan Ayew looks set to join his brother Andre in departing Swansea City following their relegation from the Premier League.

According to media reports, the Ghanaian forward is on the brink of completing a transfer to Crystal Palace.

The 26 year old is reportedly close to sealing a move to the Eagles, with an imminent medical on the cards.

The Ghanaian will be making a switch to Selhurst Park in a transfer that will see Dutch youngster Jairo Riedewald move in opposite direction.

Ayew emerged the Swansea’s top scorer in a difficult campaign last season with 11 goals- 7 of which came in the English Premiership.