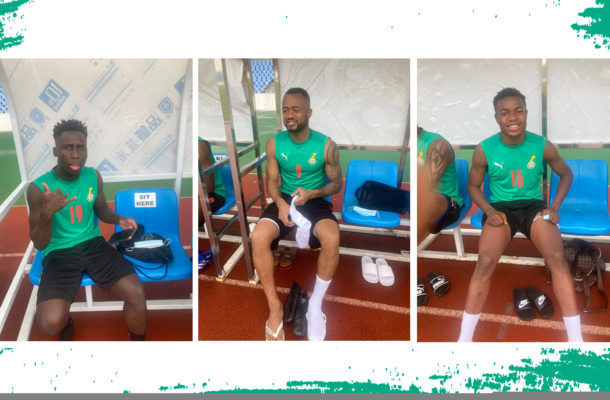 Jordan Ayew is one of the latest arrivals in the camp of the Black Stars in Cape Coast ahead of next week’s International friendly matches against Morocco and Ivory Coast.

The Crystal Palace forward trained with the rest of the squad at the Cape Coast stadium on Friday, June 4.

Also joining the camp are defender Alexander Djiku and winger Samuel Owusu left back Baba Abdul Rahman and youngster Abdul Fatawu Issahaku. The quintet brings to 23 – the number of players currently in the camp of the Black Stars.

Coach C.K Akonnor’s side continued preparation at the Cape Coast stadium for the two games scheduled for Tuesday, June 8 and Saturday June 12 respectively.

The Black Stars will play the Atlas Lions of Morocco in Rabat on June 8 before hosting the Elephants of Ivory Coast in Cape Coast on Saturday, June 12, 2021.

The team has been training at Cape Coast stadium ahead of the two matches.

The Squad in camp: