Jus In: Nana Agradaa convicted after pleading guilty in court 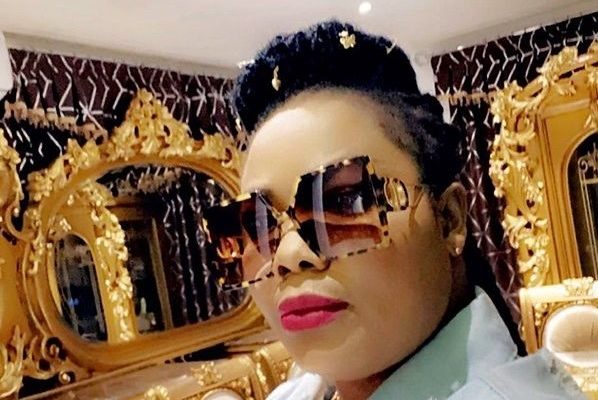 She was therefore convicted on her own plea and was sentenced to a fine of 3,000 penalty unit (GHc36,000) on count one to wit operating TV without license, in default she will serve a three-year jail term in hard labour.

For the offense of Charlatanic advertisement (Sika Gari), the court sentenced her to a fine of GHc10,000 in default, she will serve a year in prison.

The court said, she’s to serve the sentences concurrently which means, she will pay the highest fine which is GHc36, 000.

Patience Asiedua is popularly known as Nana Agradaa earlier told the Circuit Court in Accra presided over by Mr Essandoh that she has settled all her outstanding debts with the National Communications Authority (NCA).

The owner of the satellite television channel Thunder TV, was arrested after the station was found to be operating illegally.

She then pleaded not guilty to charges and was granted a GHc500, 000 self-recognizance bail.

As part of her bail conditions, she was to deposit her passport at the registry of the court.

In court on May 12, the accused Nana Agradaa also told the court that, she has paid two years in advance after settling the previous debts.

But the Prosecution led by Detective Inspector Frederick Sarpong then said, they are not aware of that payment.

To this end, the court has ordered the Prosecution to file their disclosures in two weeks and have same served on the accused person.

The arrest of Nana Agradaa follows a raid by a joint team of Police and National Security Intelligence Operatives, in collaboration with the National Communications Authority on the premises of the satellite television stations; Thunder TV and Ice1 TV for illegally transmitting without licenses, at Kasoa in the Central Region.

“At about 2200hrs on 20/04/2021, a joint team of Police and National Security Intelligence Operatives, in collaboration with the National Communications Authority, stormed the premises of two satellite television stations, namely, Thunder TV and Ice1 TV, who were illegally transmitting without licenses, at Kasoa in the Central Region.

“The team arrested the offenders among which included the owner of Thunder TV, Patience Asiedua, popularly known as Nana Agradaa and seized two (2) equipment each used in the illegal transmission from both premises.

“Nana Agradaa advertises her “Sika Gari” on her TV station, which she claims is her personal god that multiplies money with some rituals she makes. She has hence admitted to this illegality and is currently in custody assisting with further investigations.

“The influx of unregulated television stations on air have led to the promotion of certain content which may affect public order, public morality and the rights and reputation of others. As such, efforts are underway to rid the system of this canker and reduce overcrowding on Ghana’s airwaves.”