Just In: Kamaldeen Sulemana in Holland to complete Ajax medicals 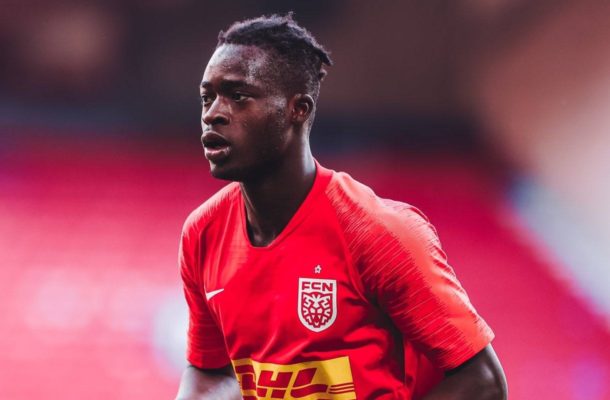 Ajax have agreed a fee believed to be in the region of 15million euros with his Danish club FC Nordsjaelland for the talented 19 year old forward.

The Ghanaian prodigy as been the subject of interest from many clubs across Europe with the likes of Lyon, Bayer Leverkusen, Manchester United among others all credited with an interest.

Kamaldeen is expected to sign a 4/5 year contract with Ajax if the deal is not gazumped by one of the big boys in Europe.

Ajax a wary of a big club from Europe stepping in to scupper the deal and are desperate to wrap up the deal.

He was watched live last month by Marc Overmars in Denmark.

The cameras caught Ajax's director of football affairs together with head scout Henk Veldmate during FC Nordsjaelland's league match against FC Copenhagen which ended 2-2 with Sulemana scoring the opening goal.

He will join compatriot Kudus Mohammed who moved from Farum to Amsterdam in a similar manner.