South African Tourism has released a statement indicating authorities have arrested at least 118 people in the Kwa-Zulu Natal and Gauteng Provinces following the violent protests in the country.

The statement said, 98 people, have been arrested for violence and looting in Johannesburg's Central Business District (CBD) while 20 other individuals have been arrested at the Kwa-Zulu Natal in connection with incidents related to protests within the Trucking Industry.

The SA Tourism in the statement was admissive that the violent protests had caused them damages, indicating the government is working assiduously in putting security measure in place to address the situation. 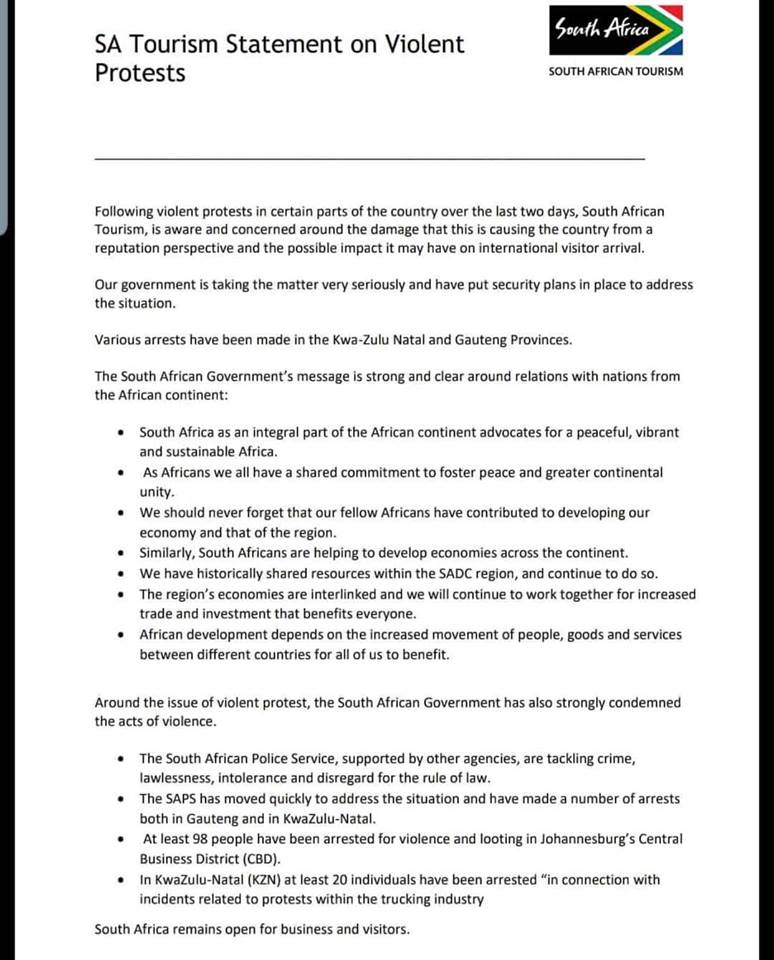