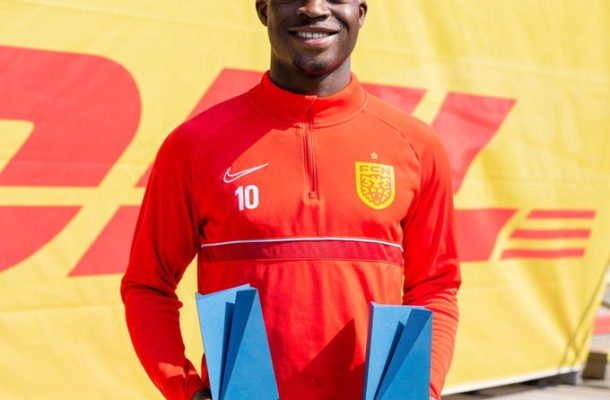 Talented Ghanaian prodigy Kamaldeen Sulemana who plays for FC Nordsjaelland has been named among the best players in Europe after a research by CIES Football Observatory.

The 19 year old Ghanaian forward was named among the best players in the take ons and shooting categories.

Kamaldeen Sulemana came fourth out of the ten best players selected in the two categories and its no wonder he has been linked with moves to Ajax, Manchester United and Bayer Leverkusen among others.

CIES Football Observatory have carried out an in-depth and rigorous research to uncover the best young players currently plying their trade in Europe.

The various European leagues are blessed with countless talented youngsters but the research body has come out with the best young kids.

Founded in 2005, the research group works within the International Centre for Sports Studies and specialises in the statistical analysis of football.

Their unique methodology has assessed the performances of the Europe's finest starlets across 30 different leagues, and discovered who, out of the thousands, can lay claim to a top 10 spot in different categories.

Six areas have been studied in total - rigour, recovery, distribution, take ons, chance creation and shooting. Every player featured on the lists were born in the 2000s and have played at least 450 minutes of domestic action up until December 7. LIST OF TOP 10 YOUNG PLAYERS IN TAKE ONS IN EUROPE


LIST OF TOP 10 YOUNG PLAYERS IN SHOOTING IN EUROPE