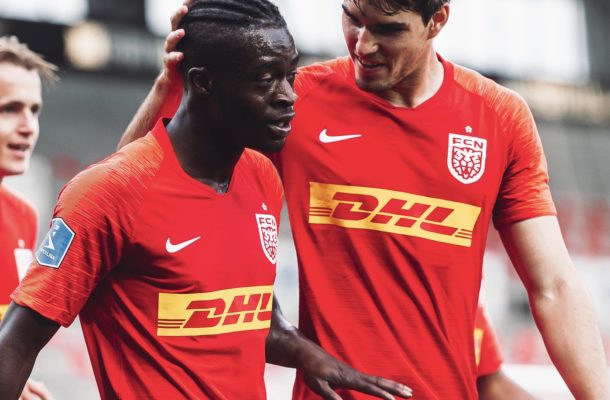 Much sought after Ghanaian forward Kamaldeen Sulemana was on the score sheet once again for his side FC Nordsjaelland on Monday evening in their Danish Superlig clash with FC Copenhagen.

The game which was played at the Right to Dream Stadium in Farum ended 2-2 as neither side was able to take away all three points.

Neither side was able to score a goal as the first half ended goalless with much of the game being played in the midfield area with little action in the penalty area.

Four minutes after the start of the second half Kamaldeen Sulemana scored his tenth goal of the season under the prying eyes of Marc Overmars, the director of football of one of his suitors Ajax.

Jen Stags scored the first of his brace in the 51st minute to cancel out Kamaldeen's opener to make it 1-1 before Martin Frese gave Nordjaelland the lead in the 68th minute.

The away side leveled the game in the 71st minute with Jen Stags the goal scorer as both side settled for a 2-2 draw.