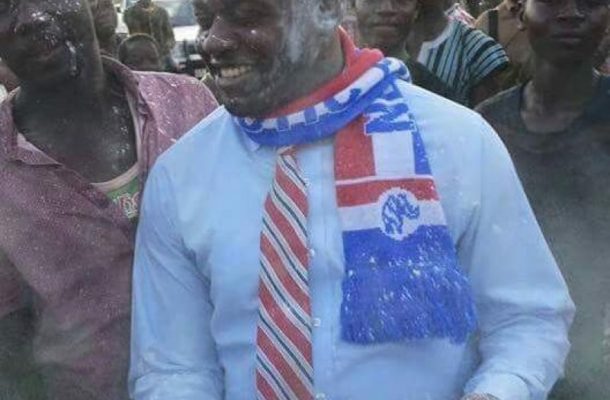 The New Patriotic Party parliamentary candidate for the Karaga constituency in the Northern region for the 2016 elections Shaharawi Bashiru has stepped down, party executives in the region have confirmed.Northern regional secretary of the party, Sule Salifu told Starr News’ Northern regional correspondent Eliasu Tanko that Mr. Shaharawi withdrew from the race after his doctors declared him unfit for the contest.Mr. Shaharawi, according to Starr News sources, was advised to resign to pave way for his intensive treatment following a fatal accident he had with some other persons last year.The NPP parliamentary aspirant narrowly escaped death when the V8 vehicle he and two other persons were traveling in, spurt a front tyre and crashed into a tree killing the two other individuals instantly on the Kumasi-Kintampo Highway, Saturday, November 08, 2015.Mr. Shaharawi was also pronounced dead until they reached the Tamale Teaching Hospital morgue where he was found to be unconscious.It was said that the parliamentary candidate shook his body when they were about to put him in the hospital morgue.The NPP candidate was traveling from Accra to Tamale in his newly purchased V8 vehicle when the sad incident happened.He was quickly rushed to the emergency ward of the facility where he was treated and later referred to seek healthcare outside the country.Starr News has no current details of the health of the Parliamentary candidate, but the regional scribe of the party said he resigned "on health grounds".Mr. Sule said the party has since declared the position vacant.He said so far three persons have picked up forms to contest.He told Starr News vetting of the candidates will be on Thursday followed by the elections on Saturday at Savelugu.Source: Starrfmonline.com