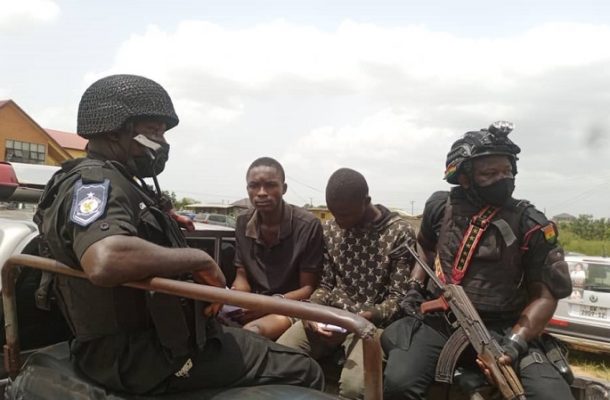 The Ofaakor District Court has refused bail application by lawyer for the two accused persons who are alleged to have murdered a 10-year-old boy at Kasoa Ofaakor.

The Magistrate Samuel Adjei while refusing the application said, the court does not have jurisdiction to grant bail at this stage except the trial court, which is the High Court, Kasapafmonline reported.

This was after listening to the submissions by the lawyer and the prosecution.

Defence lawyer Samuel Atuah told the court that since the law states in Article 19 (2) an accused person is innocent until proven guilty so the court should consider that provision to grant his clients bail.

Lawyer Atuah also told the court that the accused persons have been in custody for some time and need to interact with their families.

But, the Prosecutor Chief Inspector Ernest Agbo opposed the application for bail arguing that it is in the interest of the accused persons to be in custody until further investigation.

The Magistrate in granting the request of the prosecution ordered them to speed up with the investigation of the correct ages of the accused persons and also to hurry with the preparation of the docket to the Attorney General for advice.

Lawyer Samuel Atuah in a media interaction after court proceedings told the media that he will go to the High Court for bail.

He said it is a deliberate attempt by the prosecution to delay investigations.

Spoke Person for the family of the deceased, Samed Akakilu said he trusts the Judicial system and the family is going for an expeditious trial for Justice to be served at the end of the day.

The alleged murderers have been remanded into police custody by the Ofankor District.