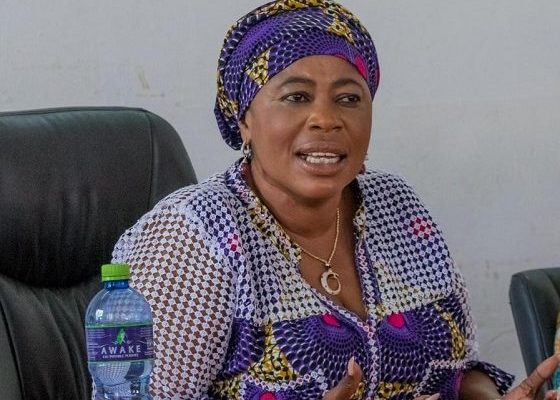 The National Women Organiser of the governing New Patriotic Party (NPP), Kate Gyamfua, has called for collaboration among women in leadership towards the attainment of the United Nations Sustainable Development Goal (SDG) on gender equality.

According to her, to achieve the Sustainable Development Goal 5, women must begin to collaborate and not see themselves as competitors.

The SDG Goal 5 talks about Gender Equality and the goal is among other things, to ensure that at least 30 per cent of top management position would be occupied by women by 2030.

Speaking at a special orientation and leadership workshop organised for women leaders in smaller political parties, Ms. Gyamfua said there are many opportunities for women on the echelons of power but they needed unity and hard work to get there.

She stated that the time had come for women to see themselves as partners in development and not competitors, urging them to work collaboratively and create space and opportunities for other women.

She also called on women getting opportunities to continue to develop themselves in order remain relevant at all times, saying “the world is constantly changing and one’s refusal to grow with the changing speed of the world will make her lose out.”

The workshop brought together female leaders in all the smaller political parties in the country and they were taken through the programme by experienced resource persons with diverse backgrounds.

The women were trained on party mobilisation and the role of women in effective political organisation.

They also received training in effective communication strategies, rallying support for women, management of ladies’ groups, among others.

Participants at the workshop expressed appreciation to Ms. Gyamfua for organising the event and said the training had come at the right time and will help them in their lines of duty.