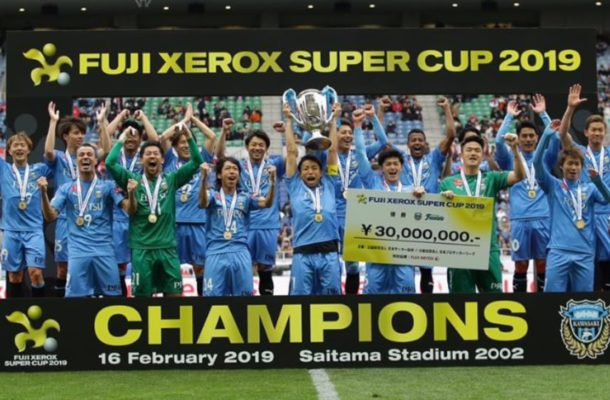 
Kawasaki deserved victory, having dominated a match in which they had 12 shots on goal to Urawa's one.

Damiao, who had a goal disallowed in the first half for offside, scored in the 52nd minute with a left footed shot following a rebound.

The win sets the champions up nicely for the 2019 J. League, which kicks off next week, and the 2019 AFC Champions League group stage, which gets underway in March.

“We approached this like a (tournament) championship and were focused on winning, and we persevered until the end because the players worked hard,” Oniki said.

Urawa manager Oswaldo Oliveria wasn't too worried about the result.

“We weren’t able to play well today. Frontale played an incredibly good match and deserved to win,” said Oliveira. “I know our players and I’m confident that they can play better than they did today.”

A post shared by J.LEAGUE OFFICIAL (@jleaguejp) on Feb 15, 2019 at 10:44pm PST Kawasaki begin their league campaign against FC Tokyo at home on February 23 while 2017 AFC Champions League winners Urawa play Vegalta Sendai away on the same day.

In the 2019 AFC Champions League, Kawasaki are in Group H with Shanghai SIPG of China PR, Australia's Sydney FC and a yet-to-be determined qualifier.

Urawa, who failed to qualify for the 2018 AFC Champions League, are in Group G with China PR's Beijing Guoan, Buriram United of Thailand and Jeonbuk Hyundai Motors on Korea Republic.