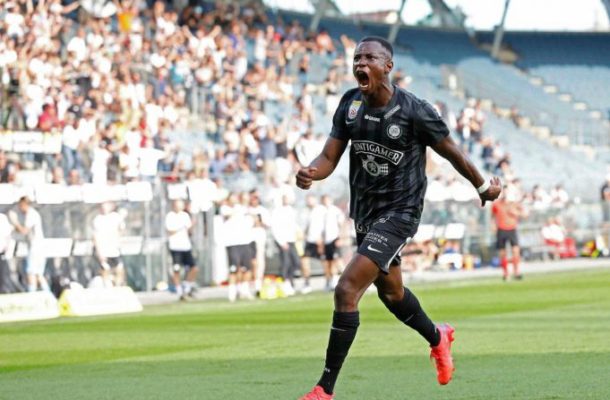 Ghanaian-born Italian striker Kelvin Yeboah rescued his Austrian side Sturm Graz in their league match against LASK Linz in the Austrian Bundesliga on Sunday.

Sturm Graz were 3-0 down before half time as the away side had an unassailable lead with goals from Lukas Grgic in the 26th minute and another from Mammadou Karamokou in the 32nd minute and Sascha Horvath in the 36th minute.

Kelvin Yeboah who turned down a call up to play for the country of his birth Ghana started the rescue mission with a well taken strike in the 44th minute to make it 3-1.

After recess Manprit Sarkaria made it 3-2 in the 64th minute of the game before Yeboah restored parity in the 80th minute with his second goal of the game.

Sturm Graz played a 3-3 against LASK in the Austrian Bundesliga.

The goals extended Yeboah’s tally to nine in 14 league games this season.