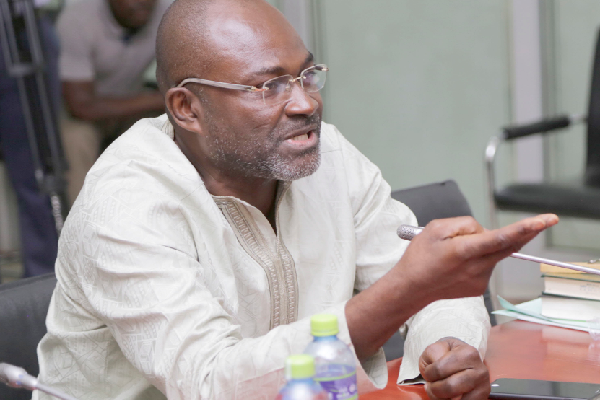 Member of Parliament (MP) for the Assin Central constituency, Kennedy Agyapong has asked Ghanaians to wake up and not fall for the deceit being peddled by the National Democratic Congress (NDC).

According to him, prior to electing Prof Atta Mills as President, the NDC was engaged in similar agenda which swayed Ghanaians to their side.

Social media personalities such as Efia Odo, DKB, Comedian Warris, Speak Up Ghana, Gyai Gyimii and some Ghanaians at large have used the hashtag to call on the government to attend to problems facing the country.

They have lamented the hike in fuel prices, poor education, healthcare delivery and poor road network among others

But to the controversial MP, the Nana Addo Dankwa Akufo-Addo-led administration is fixing the country and therefore needs time and support to get things on a smooth path.

He called on members of the New Patriotic Party to be vocal and tell the world what the government is doing to get the economy back on track in order not to go back to the dark days of NDC governance.

“When Mills wanted to come to power, he promised to reduce everything. But when he came to power, the prices skyrocketed. Someone who said he was going to reduce the prices had skyrocketed it. Ghanaians and the NPP should be vigilant. Use your brain and tell the people clamoring to fix it that the NPP has fixed it and we continue to fix it.”