Kenya: DJs sacked after blaming woman for being pushed off building 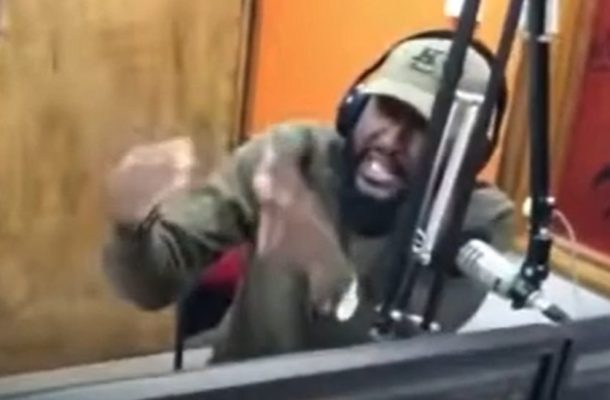 Three Kenyan radio presenters have been sacked after asking if women are to blame for being attacked.

They were discussing a court case in which a man was accused of pushing a woman he had met on Facebook out of a 12th floor window on their first date.

Outrage spread on social media as commentators accused the hosts of victim-blaming.

Kenyan authorities said the comments glorified violence against women and suspended the show.

The radio debate was regarding an ongoing court case in which Eunice Wangari accused Moses Gatam Njoroge of pushing her out of the window of the 12th floor of a building on their first date, allegedly after she rejected his sexual advances. He pleaded not guilty to grievous bodily harm and the court case is ongoing.

“We were having a conversation around Eunice, the 20-year-old lady who last year, found a date on Facebook, went on a first date and after that… became immobile, she’s still limping because apparently this guy she found on Facebook invited her to a building, they were having a date on the 12th floor”.

“And then guess what happened? The guy tried to make moves… She said ‘yo I’m not doing this, I’m not about this’ and then the guy pushed her over the 12th floor and now she’s a cripple.

“And I’m calling on all the ladies… you guys need to play hard to get.”

“Do you think Kenyan chiles [women] are too available, are they too loose, too willing, too desperate and that’s why they get themselves caught up in such situations?”

The clip was shared by outraged Kenyans arguing that Weru was blaming the victim.

“This conversation stinks. This is not the way brothers. Victim shaming is as stupid as the act itself. Do better,” said Bien-Aimé Baraza, singer from the Kenyan pop group Sauti Sol.

On Thursday a key advertiser pulled their advertising from the radio station.

— (@KenyaBreweries) ">said in a statement that the remarks “implied to support acts of gender violence on woman”.

The presenters also apologised. Weru apologised on Instagram on Friday for “encouraging the already ongoing unacceptable culture of violence against women”.

In their review of the matter

— (@CA_Kenya) ">the Communications Authority of Kenya said on Sunday that the programme was guilty of glorifying sexual violence against women.

The authority suspended the Lift-Off radio show for six months and fined the station one million Kenyan shillings ($9,100; £6,600).

Misogynistic comments are commonplace on Kenya’s airwaves but this appears to be the first time presenters have been punished, reports the BBC’s Rhoda Odhiambo from the capital Nairobi.