Kenyan man writes letter to church demanding all his offering 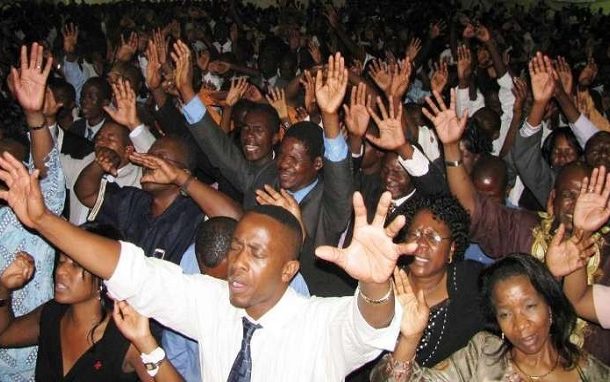 A Kenyan man identified as Dishon Kinyanjui Kinuthia has caused massive uproar after writing a 'love' letter to his former church to demand a refund of his offerings.

The embattled man wrote the letter dated 30th October,2020 and addressed to the Pastors and Deacons of the Revival Mission Church in Kenya.

According to the bitter former Church member he has been attending the church for eleven years but has decided to call it quits and is demanding a total refund of his offerings which he estimates at 58,000 Kenyan Shilling which is approximately GH¢3,100 ($532) which he claims was not voluntary.

In the said letter making rounds on various social media platforms, the Kenyan man claims those monies where extorted from him through 'undue influence', 'duress' and 'intimidation' with hell if he does not pay the offerings.

He has given the Church up till 31st November 2020 to refund his said monies to his bank accounts else will drag them to the law courts. 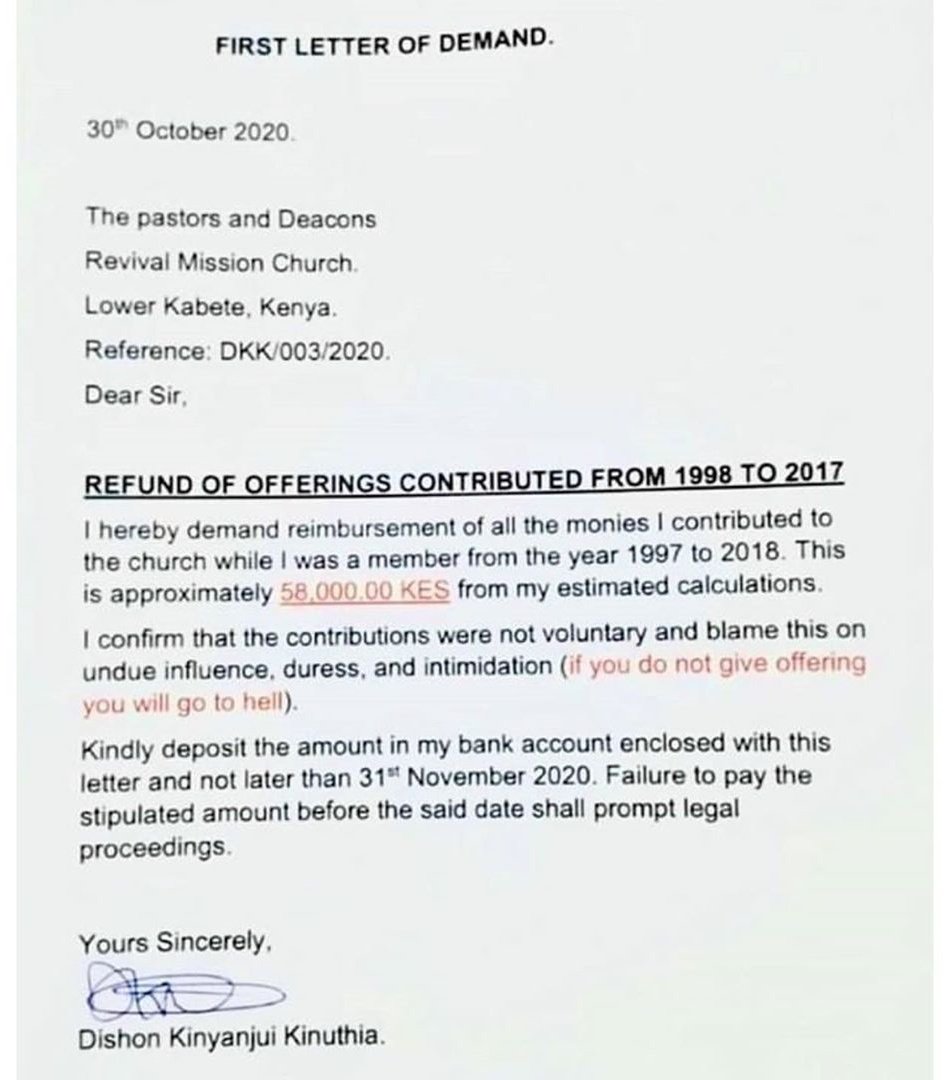