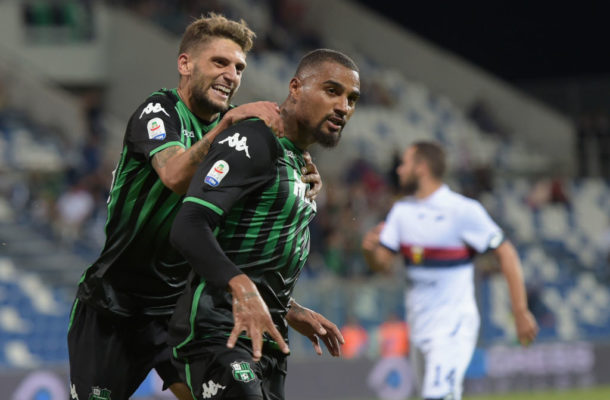 Ghana forward Kevin-Prince Boateng climbed off the bench to salvage a point for US Sassuolo against Bologna in the Italian Serie A on Sunday morning.

Boateng, who included the Neroverdi squad after recovering from a muscular injury, emerged from the bench to score a penalty as they drew 2-2 with Bologna.

Roberto De Zerbi’s men fell behind to Rodrigo Palacio’s 2nd minute goal but they drew level through Marlon on the 17th minute.

Ibrahima Mbaye restored the visitors advantage in the 56th minute from a close range finish.

Boateng replaced Federico De Francesco on the 63rd minute and went to snatch a point for them from spot with five minutes left on the clock.