Kiki Marley reveals why she proposed to Bullet 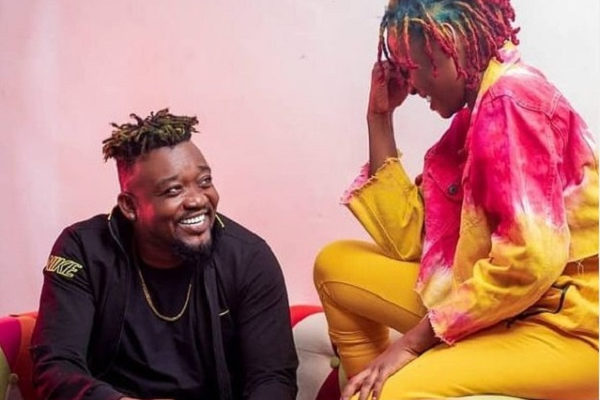 Kiki Marley, an upcoming Ghanaian drill artiste who has been signed under the Rufftown Records music label has disclosed that she proposed to her manager, Bullet because she wanted to do so.


Kiki told Foster Romanus on e.TV Ghana’s Late Nite Celebrity Show that her proposal to her boss was not something that happened out of the blue but rather something she had thought of because she had fallen in love with him.

Explaining how she fell for her boss, she said, “It was through my grooming process. I was just like a young girl on the streets who had gotten someone willing to help with her career after listening to her deep story so his charisma, his positivity and his aura caused the feeling to develop”.

Foster, further probing to find out how she felt after proposing to her boss since that is usually not the norm, Kiki noted that she does not like to talk much about the issue because it almost cost her the job and she does not want that to happen. However, it was her first time proposing to a man and she did it out of love.

Although some people think it was a bold step that she took in relaying her feelings to her boss, others are convinced that this is all just a publicity stunt because when it comes to Bullet and his label, no news is too negative in trying to gain publicity.