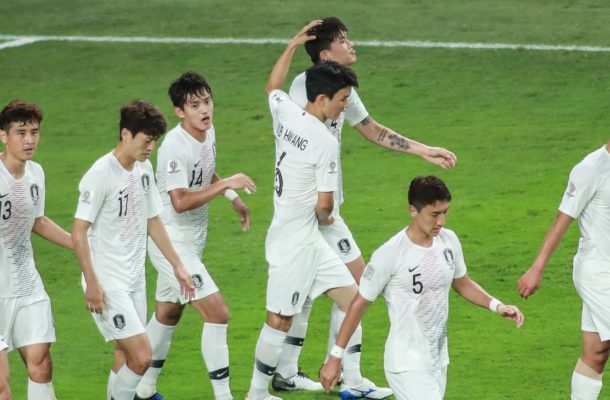 
It will be the East Asians first matches since being eliminated in the quarter-finals of the AFC Asian Cup UAE 2019 as head coach Paulo Bento looks ahead to the 2022 FIFA World Cup Qualifiers.

The Korea Football Association (KFA) said the Taeguk Warriors will take on Bolivia at Munsu Football Stadium in Ulsan on March 22 and play Colombia at the Seoul World Cup Stadium in the capital city four days later.

Korea Republic were scheduled to play a friendly match against Vietnam in Hanoi on March 26. The match, however, has been postponed indefinitely due to Vietnam's scheduling conflict with their under-23 team that is also coached by Park.


"The two friendly matches in March will be a good opportunity for the national team to regroup after the Asian Cup and to find new faces for the 2022 FIFA World Cup qualifiers," said Kim Pan-gon, who leads the KFA's committee for the national team competitiveness. "Bolivia and Colombia are good sparring partners to check our team's level."

Korea Republic, ranked 38th in the FIFA rankings, have faced No 60 Bolivia twice in the past, with both encounters ending in 0-0 draws. Their last meeting was in June 2018 ahead of the FIFA World Cup in Russia.

Korea Republic have three wins, two draws and one loss against World No 18 Colombia. The two sides last went head-to-head in November 2017, with a Son Heung-min brace giving them a 2-1 win at home.

Queiroz, who led Iran from April 2011 to January 2019, has been a nemesis to the Taeguk Warriors. While Queiroz was in charge of Iran, Korea Republic never defeated his team, drawing one and losing four matches.

It will also be a battle between two Portuguese tacticians with an interesting history. Bento was the successor to Queiroz for the Portuguese national team job in September 2010.