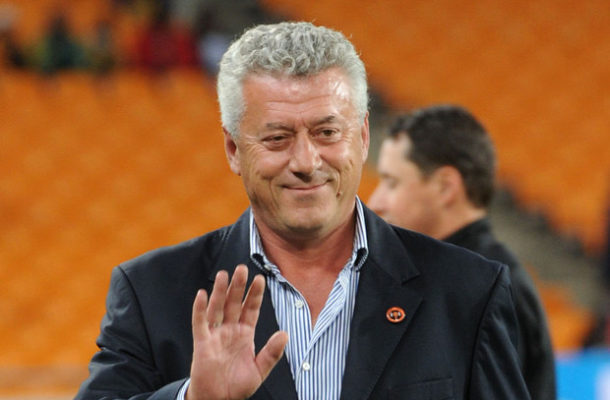 Head Coach of Accra Hearts of Oak Kosta Papic has finally resigned from Hearts of Oak job just 3 months after taking charge of the rainbow club.

His resignation was earlier speculated in the media as he is said to have had some misunderstanding with the Club's top brass.

The Serbian trainer took over from Edward Odoom with the idea of changing the dwindling fortunes of the club.

In just three months, the 60-year-old has left the club.

Prior to his resignation, his assistant, Joseph Asare Bediako also left the club under inexplicable circumstance.

Reports are also rife that the Phobians have made contacts with ex-player of the club, Yaw Preko for the coaching role.

Preko is yet to confirm or deny the report of any contact from Hearts of Oak.

The club lies 11th on the league table with 17 points from 13 games.