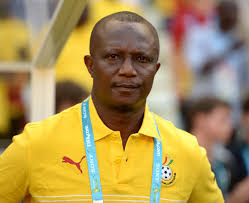 Kumasi Asante Kotoko have had a perfect start to the 2021/2022 season so far having won all four matches they have played so far.

Supporters of the team have started believing although the season is very young but former Kotoko player and Black Stars coach James Kwasi Appiah has warned his former side against complacency.

Speaking in an interview with Kumasi based Akoma FM, the former Black Stars gaffer has warned Kotoko that teams will be coming at them since they are on top of the pile.

“For now they’re doing very well. But they should not be swollen-headed. They need to concentrate and make sure every single game they take it game after game and should never think we’ve won four games, so that’s the end of it. Once complacency sets in then, it will be a problem for the team."

"And they also know that each team they face will be coming out in full force because now they’re leading the league table, and automatically all the teams will be eyeing them, giving them tough games, so the most important thing is to be focused and play according to the tactical instructions of the coach."

Asante Kotoko will on match day five play against Karela United at the Anyinase Park in a stern test.