Kotoko board barred from media engagements 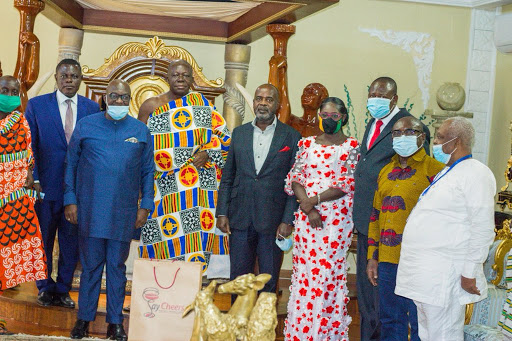 The newly constituted Board of Directors for Kumasi Asante Kotoko have resolved to avoid engagements with the media henceforth to solely focus on their duties as policy makers.

On May 28, 2020, the Asantehene and Patron of Asante Kotoko, Otumfuo Osei Tutu II, constituted a new 9-member Board of Directors for the club in a bid to transform the Porcupine warriors into a revered name in African football.

Three more members were added to the board on June 29, 2020 bringing the tally to twelve.

Speaking in an interview with Opemsuo fm in Kumasi, member of the newly constituted board of directors for the Kumasi based club, Kwadwo Boateng Genfi said the decision was as a result of a careful study of media operations in dealing with football related issues.

“We have resolved to pull out from talking to the Media to restrict ourselves to the actual work that was given to us by Asantehene, Otumfuo Osei Tutu II. The work will ultimately do the talking for us,” Boateng Genfi stated in an interview with Opemsuo fm.

He also urged the club’s supporters to rally behind them as they put measures in place to ensure the betterment of the club.

“We are going to build something substantial for the supporters, and we will definitely do it.”

The Board of Directors yesterday visited the Club’s training grounds and Anane Boateng Sports Stadium for assessment.