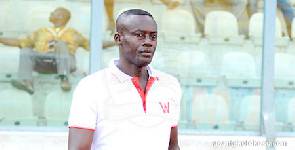 Interim Kotoko Coach Michael Osei has cancelled his trip to Europe for an internship.

The former New Edubiase assistant Coach had planned to embark to Europe precisely (Germany or England) for an attachment before the new season begins.

Osei was hoping to learn more and improve on his technical works before the season kicks start.
 
Sources close to the Porcupine Warriors indicate the Coach has decided to cancel his trip to enable him spend more time with the team as they begin their preseason training on Wednesday.

The former Ghanaian international is eyeing a role as the substantive manager of the Ghanaian giants.

The Ghanaian trainer could not help Kotoko win the League title after supervising them to a fifth place finish at the end of the season.