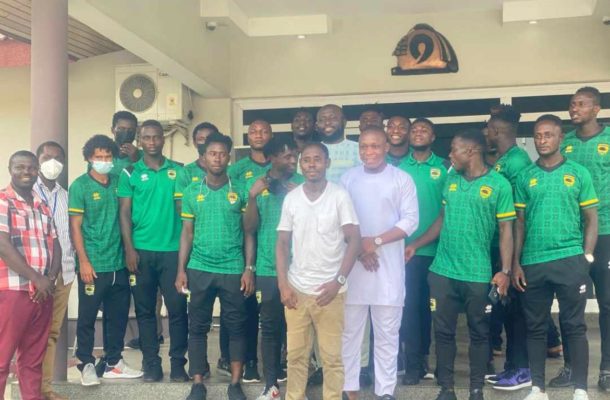 Former Kumasi Asante Kotoko striker Joe Okyere says that his former side have done very well this season as they have played all their matches away from home.

But adds that they must stay focused and determined if they want to win the league title with five matches to go.

The porcupine warriors are challenging for the league title with sworn rivals Accra Hearts of Oak with both teams tied on 53 points with goal difference the only thing separating both teams.

Speaking in an interview with Kumasi based Light FM, the former striker says that with five matches to go his former side must stay grounded to lift the title.

"Kotoko has done tremendously well this season playing right away from their home grounds."
"They just need to stay focused and determined with no sense of complacency to win the league as Hearts aren't given them any space.
The job ain't done yet, they need to finish it hard with serious training in this last 5 matches to go."

"The management motivational words is a plus to boost the confidence of the players to kill the league off. Unity must solely reign in their dealings," he said.