Kotoko to pocket US$450,000 on Dauda sale to Anderlecht 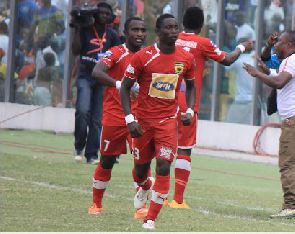 Asante Kotoko are expecting to bag US$ 450,000 from the sale of young striker Dauda Mohammed to Belgian giants Anderlecht.

The transfer fee has been speculated by the state-owned Graphic Sports although earlier reports claimed the Ghana U20 striker would cost 100,000 Euros.

Mohammed is expected to undergo a medical next month as both clubs have reached a deal.

It is believed that he will pen a contract ahead of the January transfer window if he passes a medical.

Mohammed, 19, finished at the club's top scorer in the just ended league with eight goals.