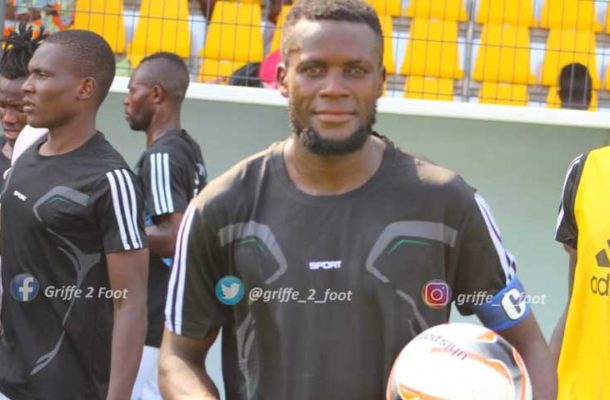 Kumasi Asante Kotoko have wrapped up the signing of Cameroonian striker George Rodrigue Mfegue ahead of the new season.

The club was keen on the signing of Ugandan striker Stepehn Mukwala of URA but the deal fell through after Kotoko failed to reach an agreement with his club.

Kotoko have quickly signed the 24 year old Cameroonian striker on a three year deal from Avion FC in order to bolster their attack.

He will be the thirteenth acquisition made by the club in the transfer window after several purchases.

The Cameroonian ended the Cameroon Elite championship last season as second highest scoring player having netted 10 goals in the end.

Mfegue masterminded Avion’s promotion to the top-flight in 2018 as one of the club’s main attacking options.

Since reaching the top division, he has been top scorer of Avion in all three campaigns.

Mfegue who scored 26 goals all-together for Avion in the Cameroonian top-flight has penned a three-year deal with Kotoko in the coming days.

Kotoko are expected to announce the signing of the highly-rated forward on Wednesday and will join his new teammates in Dubai where they are having a training tour.