Kotoko supporters contribute nothing to the club - Alhaji Gruzah 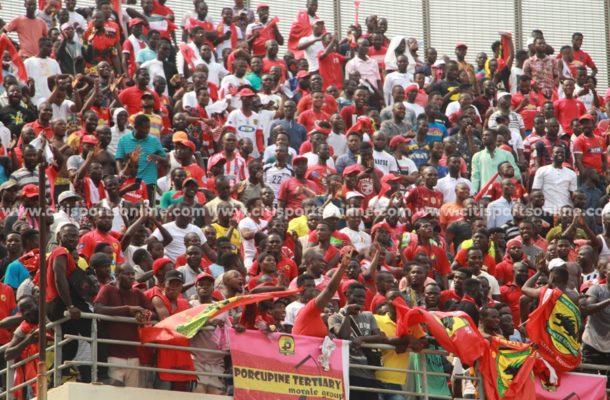 President and owner of King Faisal Alhaji Gruzah has stirred controversy once more this time with the supporters of his city neighbours Asante Kotoko.

He says the club have a large fan base who only know how to talk and make noise but contribute zilch to the fiances of the club.

Kotoko claim to have the biggest fan base in Ghana but the club lacks a lot of basic facilities a club of their stature should possess with no modern training center nor a stadium of their own.

This season alone the club have played at two different venues[Accra and Obuasi] since the Baba Yara Sports Stadium is under renovation.

For well over 85 years, the club have been playing their home matches at the state owned Baba Yara Stadium.

The controversial Gruzah in an interview with Angel FM says Kotoko supporters only pay lip service to the club and contribute nothing despite their numbers.

“Asante Kotoko supporters are the largest in Africa but they contribute nothing to the club,” Gruzah said.

Kotoko are undoubtedly the most successful club in Ghana with 23 league title and two Champions league titles.