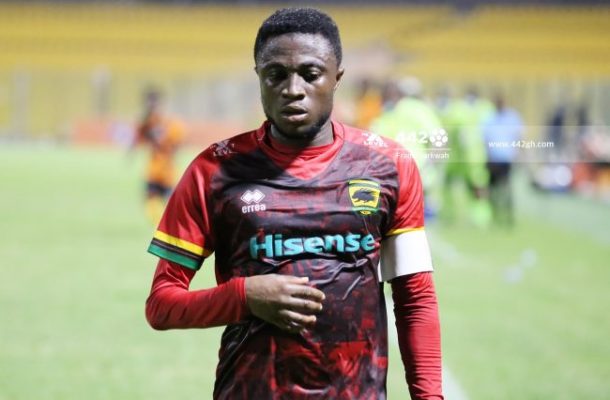 The National Circles Council(NCC) of Kumasi Asante Kotoko have threatened to embark on a serious demonstration against the Ghana Football Association(GFA).

This follows the decision of the Ghana Football Association to charge the club's deputy skipper Emmanuel Gyamfi  for improper conduct in their match day 29 clash against Inter Allies at the Theater of Dreams at Dawu on Monday.

Speaking in an interview with Kumasi bassed Kumasi FM, NCC PRO Mr. Alexander Osei Owusu says they intend to demonstrate and boycott the league should they fail to rescind their decision.

"This is a calculated attempt by the FA only to favor Hearts Of Oak and distract Kotoko from winning the league.
We will soon issue a Statement calling on the the Presidency of Ghana to know that May 9th desastor could occur once again and we will force on our management to boycott the league if they insist on punishing Gyamfi without dealing with other offenders" He added.

It is the first time such a rule is being applied in the Ghana Premier League after 29 matches in the season.

The winger during the second half in the 65th minute appeared to have stumped on the toes of lanky Inter Allies striker Andy Okpe in the first half when the ball was no where close to the action.

The center referee and his assistants did not see the alleged incident so no action was taken against the player but the GFA has decided for the first time to test the law with the Kotoko winger.

According to the GFA, his actions is deemed unlawful and likely to bring the game into disrepute.