Kuami Eugene is the ‘artiste of the moment’ – Guru 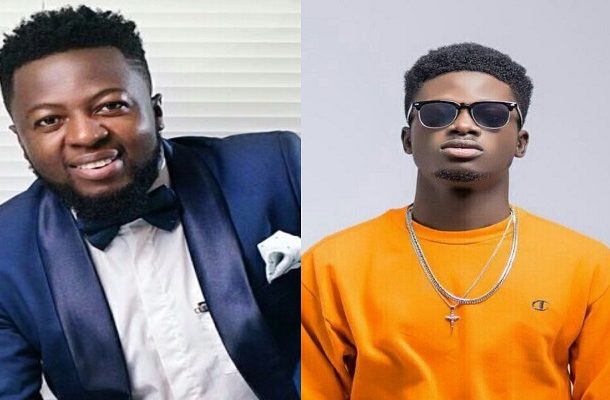 Famous Ghanaian rapper Maradona Yeboah Adjei known by his stage name as Guru has finally admitted that Kuami Eugene is indeed the artiste of the moment in the music scene.

In the past months, Guru and the young Ghanaian singer Kuami Eugene engaged in a heated beef on social media after the later refused to feature in the song of the former

Their beef was taken to a different level after Guru released a diss song titled “Who born dog” attacking Kuami Eugene.

Meanwhile, most entertainment pundits criticised the ace rapper saying it wasn’t necessary for him to have done that and also the song had no relevance in the industry then.

However, speaking in an interview on Starr FM on Wednesday monitored by MyNewsGh.com, the “Lapaz Toyota” hitmaker confessed that, Kuami Eugene is the artiste of the moment.

He continued that, being an artiste of the moment “is like you being on top for four years or ten years, if you don’t make use of it, by all means another person might come”.

“So if you are not focusing on cashing out and having beef, issues with some of us, throwing shades at some of us, then you are just wasting your time”, he advised.

Guru is undoubtedly one of the few artistes who have produced hit after hit, back to back.