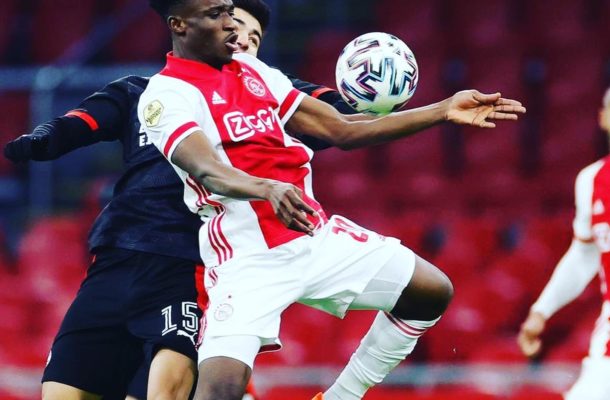 Ghanaian playmaker Kudus Mohammed made his long awaited injury return to the Ajax first team on Saturday in their 9-0 drubbing of SC Cambuur in the Dutch Eredivisie.

The Ghanaian player was named on the bench as the Dutch champions brushed aside newly promoted Cambuur at the Johan Cruijff Arena.

He made his comeback for the Ajax reserve side Jong Ajax on Friday in their  4-2 away victory against Almere City in the Dutch second-tier, Eerste Divisie.

Kudus had a frustrating first season as it was affected by niggling injuries and he would hope to have a clean bill of health this time around.

He is expected to get some minutes to play on Tuesday when Ajax make the trip to Fortuna Sittard in the fifth round of the Eredivisie.