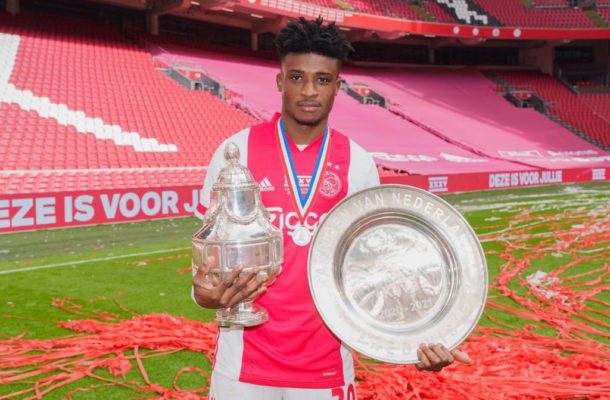 Ghanaian midfielder Kudus Mohammed won his first ever league title in football as he helped his Ajax side win thier 35th title.

Kudus Mohammed joined the Dutch giants in the summer from Danish side FC Nordsjaelland for a big transfer fee and started very well before injuries in October curtailed his involvement.

The Ghanaian midfielder recovered somewhere at the beginning of the season and helped Ajax first win the Dutch Cup after beating Vitesse Arnhem 2-1 and winning the Dutch league title on Sunday after a 4-0 victory over Emmen.

Kudus Mohammed whose season was ravaged by injuries made 14 appearances for Ajax scoring twice and making three assist.

Having won a double in his first season and excited Kudus Mohammed posted his delight on his social media handle.

"A bright light at the end of this tight tunnel with Honoured to be an Ajacied & this XXXV history. More lights for sons of the"