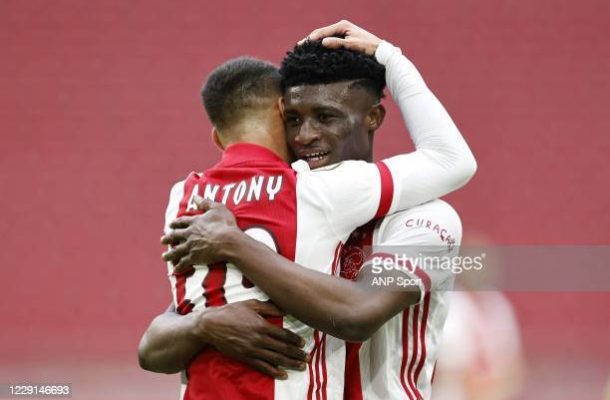 Ghanaian midfielder Kudus Mohammed was on the scoresheet for Ajax in their 5-0 thumping of Fortuna Sittard in the Dutc Eredivisie game on Tuesday evening.

The Ghanaian player was named on the bench as the Dutch champions brushed aside Fortuna Sittard away from home but came on a minute after the second half started.

He made his comeback for the Ajax reserve side Jong Ajax last Friday in their  4-2 away victory against Almere City in the Dutch second-tier, Eerste Divisie.

Last Saturday he made his first appearance of the season and scored in his teams 9-0 mauling of Cambuur.

He followed that up with another goals the fourth one for Ajax after replacing the first goal scorer Steven Berghuis in the 46th minute.

Kudus Mohammed has scored two goals in his two substitute appearances this season for Ajax and he will be hoping to put his injury woes behind him.