Kufuor calls for action in fight against corruption 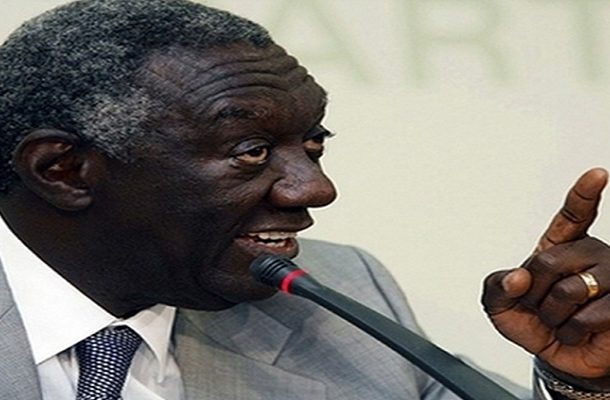 John Agyekum Kuffuor, Ghana’s former president has advised that the leaders of the country need to find a solution to the corruption menace in the country rather than just talking and holding huge seminars on the issue.

He said solutions must be found and not just talks since corruption go beyond just talks.

Speaking on an Accra-based Angle FM, monitored by GhanaWeb, Mr Kufuor said, the country needs to find a permanent solution to corruption.

He said most governments stay in opposition for a long time so once they are allowed to govern again they only think about themselves and their immediate families.

“The basic definition of corruption is greed. Some people have everything in this world but they still want the little others are making. But some people work genuinely to support their families. The only way to deal with corruption is to manage the economy properly and the pace of growth should be faster than the population growth. With prospects and employment for the youth are some practical solutions to corruption. Everyone is comfortable and things are not too hard people won't even think about stealing,” he said.

He also said, the economic pressure is haunting everyone and so when people are given leadership positions, they are pressured and that pushes them into engaging in corrupt acts to help their families but if the system works and everyone is benefiting the idea of corruption will never come up.

He noted that corruption is all over the world but the ability to manage the situation is what is helping other countries so Ghana needs to act now by entrenching the laws to deter people from engaging in corruption.